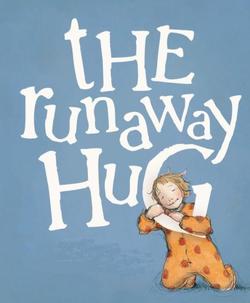 Before Lucy can go to bed, she needs a hug from her Mum.
The problem is that Mum only has one hug left. Lucy and Mum agree that Lucy will just borrow the hug and she promises to return it.

Lucy runs off to visit each of her family members. She finds dad watching
tv, her twin brothers are fighting over a toy plane, her baby sister is
getting into a jar of peanut butter and her dog, Annie, is drinking out of the
toilet.

She gives each of them a hug but, because she is protecting Mummy’s very last hug, she demands that they all give it back.

Each of her family members returns the hug. There’s just one family member who won’t play by the rules. Annie, the dog, runs around the house. No matter how hard Lucy tries she just can’t catch her. Lucy is worried that she’s lost her mum’s last hug, Annie jumps out of nowhere and gives her a slobbery hug, one that only a dog could give. Mum is waiting when Lucy finally makes it to bed. Lucy returns the hug and asks for a kiss. Of which mum has plenty.

Bonny enjoys spending time with her pop. They are both very different and that’s what they admire about each other. But, they are both ‘ideas
people’. Bonny’s ideas are simple but clever, while Pop’s ideas are big, brave and brilliant.

Together, Bonny and Pop decide they need to create a tree so the birds will stay and play. Bonny takes on a natural and traditional approach to growing a tree, while Pop tinkers with some new ideas to create his invention. 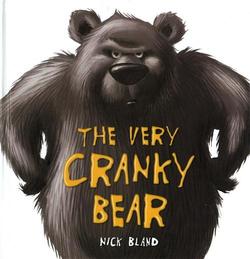 ﻿In the Jingle Jangle Jungle on a wet and windy day, four little friends found a cosy place to play. Moose had marvellous antlers, and Lion, a golden mane. Zebra had fantastic stripes and Sheep . . . well, Sheep was plain. When four friends find a cranky bear, Moose, Lion and Zebra all think they know how to cheer him up. But it is plain, boring Sheep who has the answer!﻿ 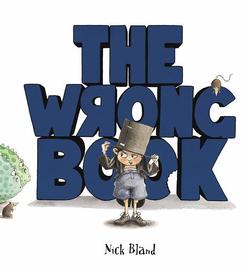 Nicholas Ickle is trying to introduce a book but before he can begin, the pages are invaded by other characters. He is interrupted by an elephant, two monsters, a pirate, a queen and her servants and a horde of curious rats and a puppet.They soon get busy and take over. Nicholas loses his temper and sends these interesting characters on their way. Just as he introduces the real subject of he book – himself – The End arrives. 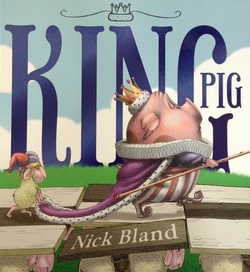 Nick Bland's new book...King Pig
King Pig is grand ruler of the sheep. He can make them do whatever he wants, whenever he wants. But for some reason, he can't seem to make them like him, until he has a brilliant idea! King Pig marches all the sheep into his castle and sets them to work dyeing, cutting and knitting their wool into a pile of fancy new clothes. He walks out in his spectacular, rainbow-bright fashions expecting applause but . . . NOTHING! The sheep are so worried (could it be that they're naked and cold with no wool?) What's a king to do?